Are you also analyzing every tickle of the throat and ache in your limbs as potentially presaging general pulmonary collapse and ague, related to COVID-19?

I think I am either becoming a hypochondriac or hoping to finally contract the jolly illness to put me out of the agony of suspense caused by expecting it at every turn.

But let’s face it, it’s not unrealistic anymore to suspect one might have succumbed. In our metropol, they have begun to identify cases by ward. There are 38 cases in the streets around us. %^&$ gets real when you realise this is not something over there in Wuhan or even across the peninsula at Groote Schuur Hospital. It’s in our neighbourhood. These are the people we shop with and jog with (okay so I don’t jog, but you get the point.)

‘So, this sore throat could be the start of my decline… Diarrhoea? Probably just a bug…but hang on that’s also a symptom…. oh my gosh, oh my gosh…. I’ve got it!’

And we confirm our self-diagnosis after consulting Gray’s Google by reading that an employee at the Checkers store we visited two days ago has tested positive… ‘so that settles it. I must have it!’

But if we take the panic pot off the stove for a bit, we’ll remember that just because COVID-19 is doing the happy dance through the air, it doesn’t mean that all the other bad boys in Da Flu Gang have stopped stalking us in the malls and taxis.

Sometimes a cough is just your allergies and sometimes a fever is from one of the other many flus that float across to us from the east every year…. I also sneezed… so it can’t be COVID, hey?!

So it might be merely something minor. Not every cold or coronavirus is COVID-19. Not every sore throat foreshadows the deadly flu.

However, no one told Cancer and her Mean Girls to leave town while we dealt with Corona.

Just this week, a friend’s nephew was diagnosed with leukaemia, a colleague’s mom had a malignant growth removed from her thyroid, and health authorities tell us patients are not turning up for TB and HIV treatments because of this pandemic. And those gangsta-germs are killers too.

… But this tiredness could be serious… I mean just because I’m paranoid doesn’t mean I’m not being hunted down by swooping microbes who’ve been lurking on trolleys, waiting for my sweet blood (okay it’s a little acidic because of all the lemon tea I drink, but you know what I mean.)

My mother used to joke that only the good die young, and then she had a heart attack at 56… I’m nearly 56… perhaps that tightness in my chest is actually a heart attack…it’s genetic…

Then, as I peer into the mirror to see whether the itch around my eyes is conjunctivitis (another symptom), and hence a clear sign that I am COVID positive, the Celtic Queen Maeve of my ancestors rebukes me for such foolishness. It’s actually a slap in the face for people with real illnesses to carry on like this. Even hypochondria is a real anxiety disorder, and I don’t have that. I think I just have COVIID -19 fatigue: the only thing I’ve ‘caught’ is the unease of others. All the preparations for healthcare at school, and coping with so many other people’s anxieties about the re-opening of schools, and the financial worries of my school community have exhausted me. I am in danger of jumping into the trauma terror train of needless panic myself. It’s time to put on my warrior armour and fight my own demons.

So, I am taking a cautious step back this weekend and switching off from all things COVID.

… If I do catch it though, just remember you heard it here first…

COVID-19 affects different people in different ways. Most infected people will develop mild to moderate illness and recover without hospitalization.

Less common symptoms: aches and pains, sore throat, diarrhoea, conjunctivitis, headache, loss of taste or smell, a rash on skin, or discolouration of fingers or toes

Serious symptoms: difficulty breathing or shortness of breath, chest pain or pressure,loss of speech or movement

Seek immediate medical attention if you have serious symptoms. Always call before visiting your doctor or health facility. People with mild symptoms who are otherwise healthy should manage their symptoms at home. On average it takes 5–6 days from when someone is infected with the virus for symptoms to show, however it can take up to 14 days. 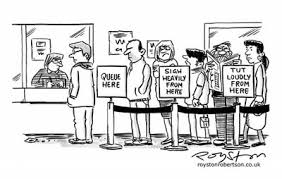