We’ve had a hectic few years but at least we’ve learnt some science and a few new words.

How I have loved the storms of the last couple of days! As a Capetonian, there is nothing quite like snuggling down in your warm bed as the tempest rages beyond. Hearing the rain lashing the windows when you are warm and safe indoors heightens the sanctity of your haven. At last we are having the winter storms again that I remember from my childhood, with thunder and lightning, and driving rain .

At home, where I sit at my desk, I look out onto our front garden and the road beyond it. Yesterday as I worked on my laptop in the late afternoon, the storm winds were propelling the deluge across the balcony and the road was flooding from the many sudden downpours that had already dumped more rain in one day than we had the whole year in 2017 when we had such a drought in Cape Town.

Remember when ‘Prevent Day Zero’ was the rallying cry to save our province from running out of potable water and we came within a month or two of doing that? We had to change the way we did things at school then too. Who remembers having to work out how to wash all those aftercare dishes without covering the earth in the plastic and disposables we’d been avoiding up until then, (because we’d always ensured we ‘re-used’ rather than chucked); or figuring out where to sink a borehole; learning words like ‘reticulation’ and learning how dams are made. We showered with a bucket (we still do, good citizen teachers that we are); and of course we didn’t flush! But we got used to it. And we survived to stand in delight under the first showers which broke the drought.

Then came that euphemism to beat all others; ‘loadshedding’ (It’s a ‘power failure‘ damnit!’) And we learnt terms like ‘grid’ and ‘overloaded;’ we tried switching off the geysers to save power and got into trouble with the landlord for damaging the switch. We discovered the horrors of the Eskom financials and at school we installed solar lights in our driveway and sourced generators to ensure we could run a school dependent on technology, not to mention examinations. That is what I was busy with when COVID-19 sashayed across the globe.

And suddenly, we were thrust into a world of epidemiology and virology and have learnt about face masks and what the correct concentration of alcohol in hand sanitizer should be (70%); and terms like ‘social-distancing,’ ‘flattening the curve,’ ‘floor decals ‘and ‘lockdown,’ not to mention my own worst one: SOPs.

What do these crises all have in common? Us. People that’s who. Humans over-farm; crooks rob our state-owned entities blind and if we didn’t invade animals territories we wouldn’t have viruses jumping species (We won’t get into that the little corona bug could have been manufactured, because there’s just no way someone would do that… is there?… is there?)

It’s one thing to have these crises in successive year, but since we’re talking about storms (well I was, but became horrible sidetracked), what it happened that a perfect storm of events resulted in

What do these crises all have in common? Us. People that’s who. Humans over-farm; crooks rob our state-owned entities blind and if we didn’t invade animals’ territories we wouldn’t have viruses jumping species (We won’t get into that the little corona bug could have been manufactured, because there’s just no way someone would do that… is there?… is there?)

It’s one thing to have these crises in successive years, but since we’re talking about storms (well I was, but became horrible sidetracked), what if it happened that a perfect storm of events resulted in all of these things happening at the same time: you know a deadly virus, running rampant around the country, in the midst of a drought and then we run out of electricity…You think it can’t happen?

Well almost exactly one year ago we were watching Notre Dame burn; then three major reports published in journals “Nature” and “Nature Geoscience” declared that global warming is the fastest it’s been in 2,000 years and scientific consensus that humans are the cause is at 99%; exactly a year ago, tens of thousands of people began to riot in Hong Kong; just six months ago the majority of Brits voted for Boris Johnson. And you think it’s not all our own fault?

We’ve brought it all on ourselves.

For now I’m just happy to have a good old Cape squall. How much worse can 2020 get?… Perhaps I shouldn’t ask. But then again: 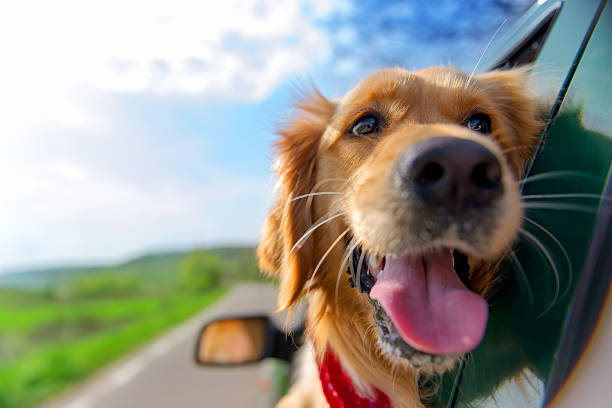 Nellie our almost-Labrador is a bit of a bangbroek when we walk her on the beach. Starting with the short trip in the car,  she is overly hesitant and needs a backseat minder to prevent her from leaping out. She immediately goes into submissive mode if a dog is even remotely scary, as if anticipating future trouble. Yet on the ride home, tongue lolling out of her mouth she happily drools all over the seat.

Sunday morning walks do that for us too: we set out tired and stressed from the work week and return home soul-fueled for the days ahead; troubles, if not forgotten, are seemingly more manageable.

My 81 year-old aunt who still manages the office of a busy law firm, always tells us not to ‘borrow tomorrow’s troubles’ and she makes a good point about anxiety which I have taken to heart over the years.  I often took beach walks with all 5 children in the early days of being a single parent. Mainly because it was free, but sea air seems to soothe hurts and even betrayal. (And a cheap ice cream satisfies even the most restless of lads).

My little kit bag of daily worries has felt quite heavy enough generally so as not to give me time to anguish over the future, however there have been those desperate moments when the present turmoil  stretches out seemingly interminably into the distance, and one wonders when it will never end ; like trying to soothe a colicky baby; like waiting for the final whistle of your son’s hockey match when you are so cold you can’t feel your toes anymore and the south-easter has penetrated every layer of bulky clothing you have on; like wondering how to make a few rands last until payday. Like waiting for child support payments that never come …

The thing about borrowing troubles is that they may never happen. I once applied for a head’s post which I wasn’t really sure I wanted, but which I felt I ought to apply for because my skill set was sorely needed and I agonised for a whole weekend about what I would do if I were offered it. Of course I didn’t get it, but what I did get was a clearer idea of what I did want and what I do love so it wasn’t an entirely wasted angst; yet the interest on my borrowed troubles wasn’t really necessary.

And there are all those times we google our symptoms (big mistake) and are convinced that we are in the grips of some rare, but always fatal condition. (I have imagined myself  about to die from brain tumours, various latent cancers, twisted intestines, imminent heart attacks, dangerous abdominal conditions and shattered bones, only to have a mundane ailment diagnosed upon visiting le docteur …

Take the current water crisis in the Cape, when Day Zero seemed imminent: normally sedate matrons were filmed trampling one another when water deliveries arrived. We all began stockpiling water and worried that we weren’t storing enough. Then, out of the blue, the crisis evaporated (pardon the pun) and we are left drowning (sorry can’t stop with the ironic puns) in plastic 5l bottles. Now we are fretting about plastic waste …

Don’t get me wrong, I am not suggesting we do not take steps to avoid conserving water and living as eco-warriors; we should just beware of being eco-worriers.

Then there is crime. I refuse to live my life in fear of attack at every moment. Sure, I take precautions; I drive defensively (‘It’s not you it’s the other idiots on the road,’ my dad used to say); I am alert, but I refuse to allow criminals to win by constantly living in fear. I am fortunate though to live in a fairly safe street, so I suppose I am speaking from a position of privilege.

What do folk tend to worry about? In general, financial fears, concerns about health and relationships are common, although a quick poll of my own offspring added things like death and the pointlessness of life (always one nihilist among us), failure, going blind, double hand amputation (dramatic artist in the house) and never finding real love.

There is an interesting monthly online poll, which tracks national fears around the globe. In three years South Africans’ have remained fairly constant in their brooding.  This year these were the recorded concerns of South Africans (with access to the internet)

These are not that different from the worries of 2015:

(Statisticians don’t panic, I know the percentages don’t add up – these are percentages of people who mentioned these things. )

So we are grappling as a nation with pretty fundamental concerns. And these are constantly with us, creating huge burdens on our sub-conscious and implicitly affecting the country’s zeitgeist. And let’s face it, these are not worries a brisk walk and ball-throwing with the pooch can cure. They are the cause of things like road rage, family murders, suicides, domestic violence and gangsterism.

And there are those days when that last straw just tips us over into profound desperation. I remember in my own life, having dealt with all 5 children, including myself, being beset by a particular virulent gastro bug which resulted in my standing stuffing sheets into the washing machine at midnight, only to have the washing machine go on the blink. I have a distinct memory of standing there in untold despair and angrily raising my arms in the air, shouting at the Creator in my moment of doubt, ‘Where are you?!’ Do you really exist?!’

At that moment, my phone rang and a close friend of mine, Bernadette, was on the line, saying she had been thinking of me and wondering how I was doing. That care banished my sense of hopelessness and feeling of being alone in the world … and I haven’t ever raise my voice in anger to the Lord again. I wouldn’t dare.

Three years ago I was suffering enormously in a position which became more toxic every day, yet like the proverbial frog in boiling water I didn’t realise it until I was ‘retrenched’ quite out of the blue. Despite the enormous shock of it all and the incredible hurt, and anger, and a deep sense of betrayal, I didn’t cry much, even though, since I was three days post my fiftieth birthday, there was immense dread of the future looming with no job ‘at my age’, I think I was carried on the wings of angels and eventually was offered a hugely challenging and immensely rewarding position as leader of a massive school with a definite mission.

So how do we combat this weight of societal ills that permeates our lives? I don’t want to seem frivolous, but despite all the worry, 3 years down the line, the same issues are still there. So either we accept them as constants, try to change them in every way we can: with our vote; with our outreach; with our sweat at the coal face of life, OR when all is said and done, take the mutt out for a walk, put your faith in the God of your understanding and remember if you go in your daughter’s car you don’t have to wipe up the drool when you get home!